Slither.io is an online multiplayer video game developed by Steve Howse. Slither.io is available on Android, iOS, Windows 10, and Web Browsers. The objective of the game is to control a worm around a wide area and eat pellets and consuming other players to grow the largest and longest in the game. In this game, if your head touches another player then you will explode and the game will over but if other touches you then they will explode and you can eat their remains. So, download it or play via your browser without installing it and start playing the game.

A Dark Room is an open-source text-based role-playing game originally published by Doublespeak Games. The has no ads, no micro transactions, no data usage which means the game is playable without the internet and no elevated permissions. Either you can download it via the play store or play it via browser. This is also free to play game and this web browser games you can play online on your device.

Rune Scape is a fantasy massively multiplayer online game and it is developed and published by Jagex on 4th January 2021. In this, you will explore the world and embark on a risky raid with friends, and seek fame and fortune as a lone adventure. Where you’re the hero of daring quests, quietly tending to your farm, a legend risking it all against a high-level boss, or simply a gentle soul spending a night at the circus, RuneScape is the perfect AFK second-screen game. Very soon this game you will find the google play store.

BroswerQuest is free to play a multiplayer game. It is developed and published by Little Workshop and Mozilla Foundation. The game is also very fun, the music is good and the pixel art is very nice. Where You play as a young warrior driven by the thrill of adventure. No princess to save here, just a dangerous world filled with treasures to discover. As you discover more of the world, you can try to complete the built-in quests/achievements or fight against other players.

The game has stunning features like 28 small quests, explore the world or fight against other players, 20 levels to reach, and free online mini-MMORPG with dedicated servers. BrowserQuest is also available on Google Play Store.

Agar.io is a massively multiplayer online action game created by Brazilian developer Matheus Valadares on 28 April 2015. This game can you play with an online player around the world. In this, you have to control your tiny cell and eat other players to grow larger. But watch out, players bigger than you will be trying to make you their lunch. Survive and eat long enough to become the biggest cell in the game. Agar.io millions of people play on PC. This is also free to play online game and it is available on Google Play Store. 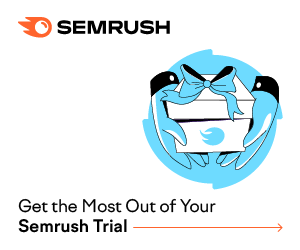